Archery Attack is an excellent team building opportunity for you and your colleagues. With almost all of our games and challenges being focused on team play, strategy, and plan execution, you’ll find plenty of opportunities to come together and work on winning as a team. 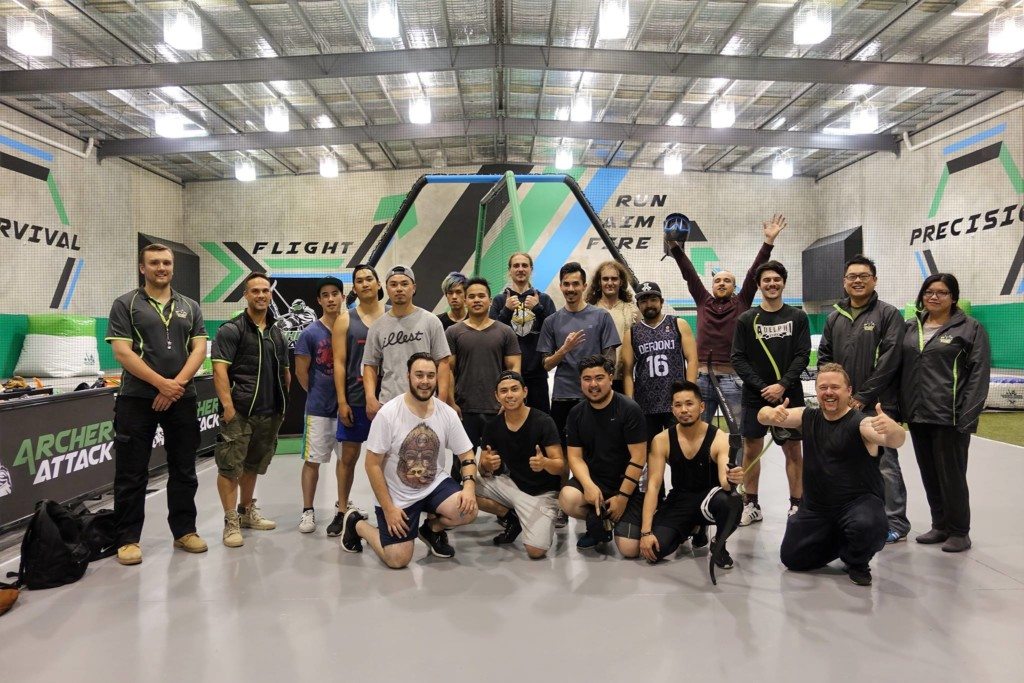 Almost all of our games involve breaking players into two teams; where both teams will need to strategise and coordinate game plans to succeed and achieve victory. In some games, such as Medic and Assassin, certain players will have to fill certain positions within the game. Teams will have to decide who is best suited to those roles. How are they going to utilise these players?
In Medic, as an example, one player from each team wears a vest and takes on the role of the medic. They are the only player who can revive teammates who have been hit with arrows. However, if one of the team’s medic is hit, the game is over and that team loses. This means our teams will need to work out strategies that allow the medic to revive teammates, but also stay safe and be protected from the enemy.

Another example would be capture the flag where both teams will be competing to have both flags on their side to win. This is another opportunity for teams to plan and coordinate different strategies. Who are going to be the runners who attack the enemy’s base, and who is going to stay back and defend? You can’t have everyone run off and do their own thing. The best teams (i.e the winning team) are the ones that communicate and show excellent teamwork.

These are just a few examples of the games we play and the strategies involved, however it’s clear that Archery Attack is a great team building and team bonding event. We even have a function area for your team to relax after the game, including a BBQ. Plus you can use the area for post-game discussions and team strategy, or whatever you see fit.

Get on down to Archery Attack for your next team event!
Check us out on Facebook and Instagram too