At Archery Attack Melbourne, a huge selling point is our Archery Arena! Our fantastic playing space in Reservoir is designed with archery in mind. Our arena is perfect for Archery Attack! 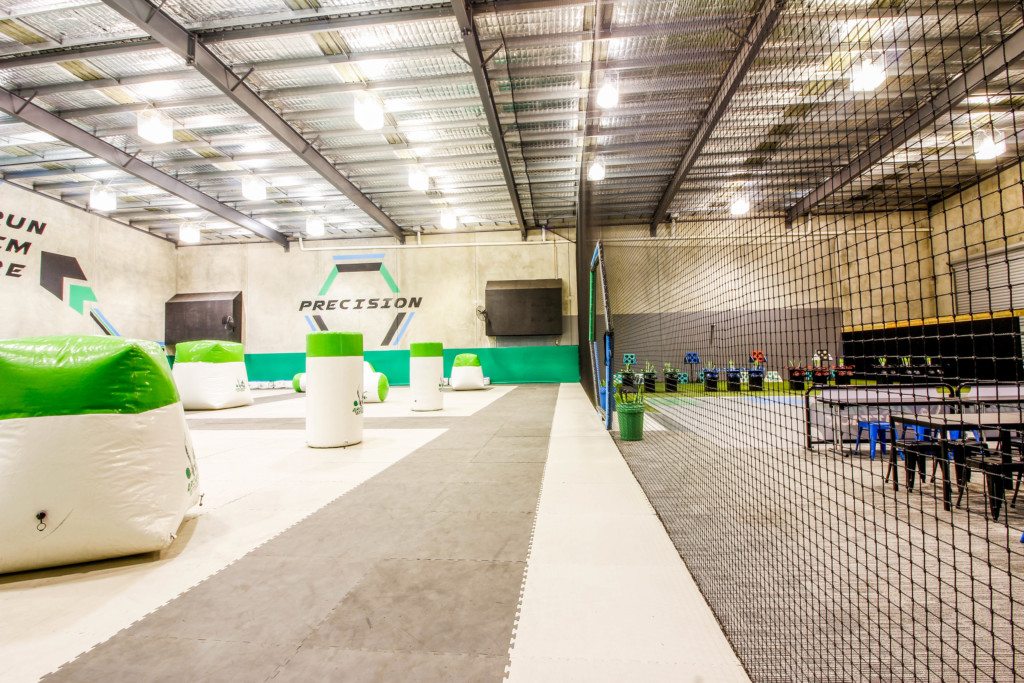 Archery Attack is an awesome and unique experience that’s great for many different ages and groups. We cater our archery games around the players; looking after groups depending on their needs. The archery arena is a big part of that experience. Designed to hold up to 40 players at a time, our arena has the perfect to let the arrows fly. It’s also loaded with inflatable bunkers; which give our players plenty of places to duck and weave through. These bunkers provide the perfect cover to shoot from, as well as dodge your opponent.

The huge playing space allows us to have a number of different games at our disposal. We can divide the archery arena into multiple spaces, including quarter court and half court. We can even run two separate groups at the same time by shifting the bunkers into two half sized playing areas. The games that we play really make use of the space, allowing us to cater and ensure every group has a fantastic time.

The archery arena is also available for hire, and can be used for numerous sports and activities.

Archery Attack and Blast Attack are awesome activities that are great for loads of different groups. Whether it’s a birthday or a bucks party, a girls night, work function or breakup; Archery Attack has you covered. Book now, or check out Facebook and Instagram for more